I've risen to the challenge to summarize my 2011 year in just 12 sentences, one per month. Thanks go to Claire (@StAndrewsLynx) for the inspiration to blog on the "12 in 12" theme. And to those reading this - Happy New Year!  I hope that 2012 brings good things to you, and everyone.

In January, I found some mezze (I also survived my worst costume malfunction but quickly destroyed all evidence). I had a Fifi February, dancing with melaya and white galabeya.

In March, I fed my fabric shopping habit during a trip to Paris, and Walked the Walk with a little bit of Aziza. 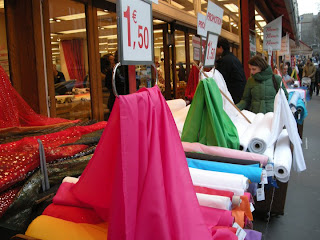 April was a JoY, and workshops with Eman Zaki had me dancing Samia style.

In May, I had a Dorothy moment in the wrong dancers holiday in Marrakesh; and later danced the Zarr with Suraya accompanied by drumming from the father and son El Minyawis.

In June, I taught and guest starred at the second Glasgow Festival of Arabic Dance.


July was the Raqs Sharqi Society fundraiser in London, and the Foundation for Community Dance summer school - where I completed their certificate in Age Inclusive Practice.

August brought injury, which caused me to miss my guest star spot at Planet Egypt in London.

September, I had a really good time watching other dancers while I gradually got my body moving again.

October had me up, dancing again and joining Beatrice Grognard's workshops as part of the Songe d'une nuit en Egypte weekend.

December meant lots of hours planning the Baladi Blues live Egyptian music event in Edinburgh next year - on 5th February 2012 - and I even sold out the live music dancers workshop that I'll be teaching then.